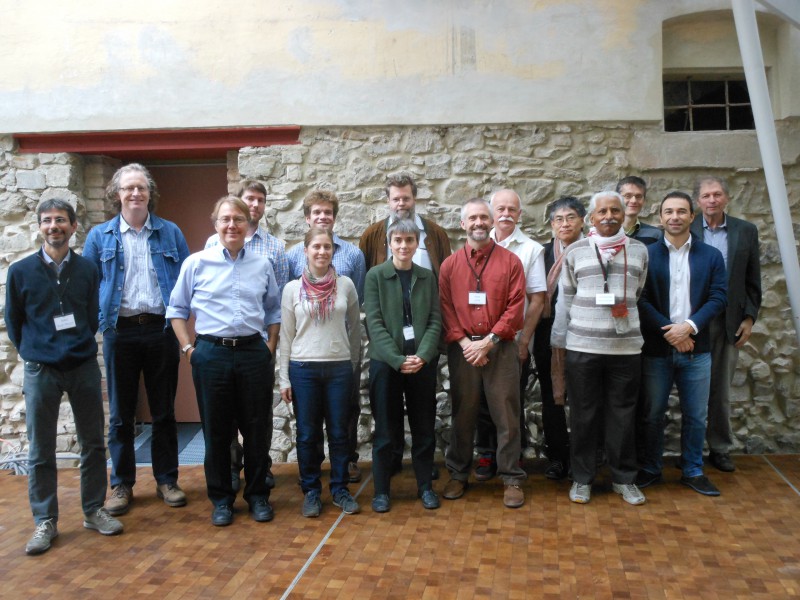 Multicellularity has evolved independently in ten different lineages, each of which had a unicellular ancestral condition. Its evolution involved the appearance of physiological mechanisms resulting in cell-to-cell adhesion and sustained intercellular communication among adjoining cells. A comparative approach among extant lineages shows that these two requirements have been achieved in different ways among different plant, animal, and fungal groups; e.g., cell-to-cell adhesion and communication in metazoans typically involves membrane-bound glycoproteins and tight junctions, whereas land plant cell adhesion and communication results from a pectinaceous middle lamella and plasmodesmata. Critical questions in this context are: What are the genomic and developmental commonalities (and the unique features) among multicellular lineages that permit cell-tocell adhesion and communication? What are the selective advantages (and disadvantages) to the evolution of these defining features of multicellular organisms? What physical consequences follow from the multicellular state of life, and can these provide insight into the origins of morphological novelties? In addition, the evolutionary transition from the unicellular to the multicellular condition is a major change in individuality since a new kind of organism emerges from the interactions and cooperation among subunits (cells). Until recently, discussions about this transition have been characterized by two divergent schools of thought, one focusing on the so-called ‘unicellular bottleneck’ between alternating generations, and another school focusing on ‘soma-germ’ specialization. More recently, the focus has become more synthetic by considering the ‘unicellular bottleneck’ in terms of the ‘alignment-of-fitness’ phase (wherein genetic similarity among cells prevents internal conflict) and ‘soma-germ’ specialization in terms of an ‘export-of-fitness’ wherein cellular components become interdependent and collaborate in reproductive effort. This perspective raises a number of important questions. For example, does the unicellular bottleneck in the life cycles of multicellular organisms assure an alignment-of-fitness? Does multicellular ‘individuality’ evolve as the result of a gain in fitness achieved by cellular specialization?

Finally, recent knowledge of the physical underpinnings of morphogenesis and pattern formation in multicellular organisms raise questions that go beyond the adaptationist framework of traditional evolutionary theory. In particular, to what extent are morphological motifs inevitabilities of a new scale of cellular life that afford opportunities to explore and create entirely novel niches? Is the evolution of multicellularity typically a “left wall”—that is, is it a generally irreversible event in the history of many, if not the majority of lineages, and if so, why?