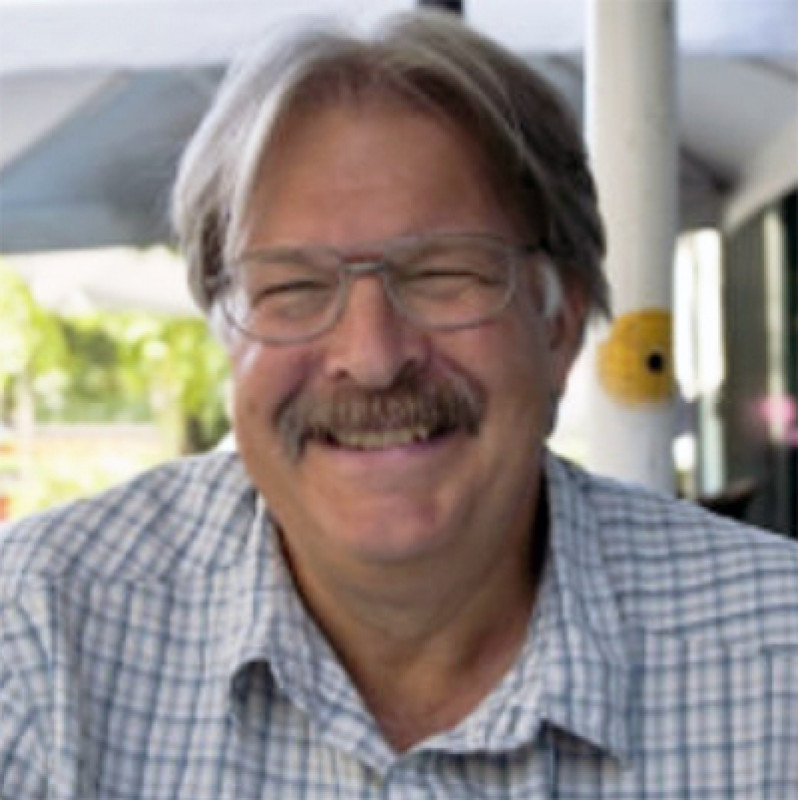 Daniel R. Brooks
2021-11-11
Surviving the Anthropocene; A Darwinian Guide
Register in advance for this meeting:
https://us02web.zoom.us/meeting/register/tZ0ldeCuqD8rEtTkahz7Q_Hg7Ua0eYHGtSLt
After registering, you will receive a confirmation email containing information about joining the meeting.
Topic description / abstract:
Global climate change threatens human survival. The fundamental theory of the survival of life on this planet is Darwinism. Darwinian evolution is about coping with change by changing, using what you have on hand to survive. In more technical terms, evolution is conflict resolution by ecological fitting in sloppy fitness space, reinforced by natural selection. Resolving conflicts in sloppy fitness space leads to diversification in inheritance systems, but also sets the stage for new conflict. The fuel for this process is evolutionary potential, which resides in preexisting variation. All that is required to persist indefinitely in a changing world is being fit enough to survive and reproduce, not being the fittest. This preexisting variation allows living systems to move forward into an uncertain future. The biosphere is a complex evolutionary system that generates, stores, and uses its own potential to survive. This makes ecosystems robust, not fragile. And that suggests we can use the biosphere without destroying it, but we some need guidelines. Those guidelines are embodied in the Four Laws of Biotics, which tell us how we can interact with the biosphere without endangering ourselves further. We can further improve humanity’s chances of survival as a technological species by (1) implementing the economics of well-being, (2) reducing population density by finding new space in rural areas and revitalizing them into circularized economies, and (3) re-growing sustainably by creating networks of cooperating circular economies, adding new modules when growth occurs, not consolidating into new densely populated and vulnerable urban centers.
Biographical note:
Dan Brooks is Professor Emeritus, University of Toronto, and Senior Research Fellow of the H.W. Manter Laboratory of Parasitology, University of Nebraska State Museum. He received his BS with Distinction (1973) and MS (1975) from the University of Nebraska and his PhD from the University of Mississippi (1978). He is a Fellow of the Royal Society of Canada (Academy of Science) and Fellow of the Linnean Society of London. He has been awarded honorary doctorates from Stockholm University and the University of Nebraska-Lincoln and has been a Visiting Fellow of the Collegium Budapest, the Ciencias sem Fronteras program of Brazil, the Stellenbosch Institute of Advanced Study, Stellenbosch, South Africa, the Institute of Advanced Studies, Köszeg, Hungary, and the Hungarian National Center for Ecological Research. Dan is an evolutionary biologist whose work ranges from field studies of the evolution of pathogen-host systems in tropical wildlands to foundational studies of evolutionary theory. He now focuses his efforts on the interface between science and science policy, integrating evolutionary principles into proactive and effective action plans for coping with the challenges of global climate. In 2019, Dan co-authored The Stockholm Paradigm: Climate Change and Emerging Disease (University of Chicago) with Eric HOberg and Walter Boeger, and in 2020, he co-authored The Major Metaphors of Evolution: Darwinism Then and Now (Springer) with Salvatore Aosta. His newest book, also co-authored with Salvatore Agosta and scheduled for 2022, is Surviving the Anthropocene: A Darwinian Guide.