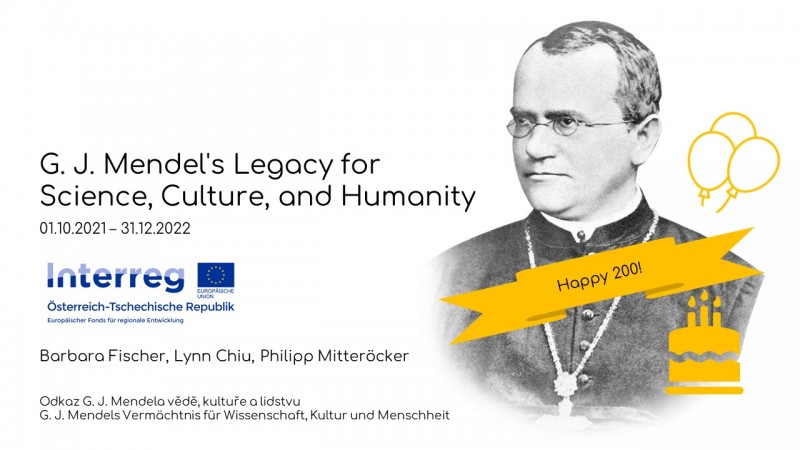 Gregor Mendel was born on July 20th, 1822, in now Czech Republic. On the occasion of his 200th birthday in 2022, KLI alumni Barbara Fischer, Lynn Chiu, and Philipp Mitteröcker (Department of Evolutionary Biology, University of Vienna) will organize a series of activities at the KLI and the Natural History Museum of Vienna as part of the EU INTERREG Austria-Czech Republic grant "G. J. Mendel's Legacy for Science, Culture, and Humanity" (#Mendel200).

A major aim of the project is to reflect on the conceptual assumptions about genetics that are implicitly held in research studies, science education, and social policies. They will thus organize a special symposium at the KLI (October 13-14, 2022) on "Mendel's Legacy in Science and Society," focusing on five major themes: history, biology, education, medicine, and society. The speakers will be invited based on their enthusiasm and ability to convey to a wider audience key ideas that can help us (re)-situate Mendel's work and influence in the current context.

At the Natural History Museum of Vienna, they will develop a series of events for children and adults at the newly launched Deck50, an immersive and interactive space for participatory science engagement and community science. This collaboration will likely involve high school teachers and students in Vienna (Fischer wrote the section on Mendel for an Austrian high school textbook) as well as preliminary research in science engagement, both conceptually (as part of Chiu's efforts in "philosophy of science communication") and empirically. 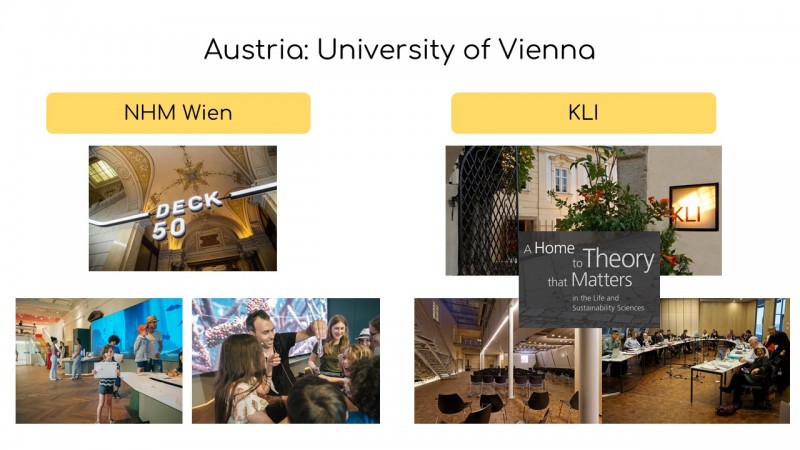 The final part of their project is “Mendel’s Vienna,” carried out by Fischer, which explores the larger social context of Mendel’s time at University of Vienna (teaser: plagues, public health issues, student revolutions and protests, educational reform, the influence of evolutionary biology).

The co-organizers deeply believe in the value of professional science communicators. Working with communicators is crucial to scaffold meaningful dialogues around these projects. The duo thus assembled a science communication team: Lynn Chiu is a science communicator herself, currently working as a consultant and communications officer for the KLI. Maria Pinto is a marine biologist, videographer, and science communicator. She will lead and direct five short films to help distill and synthesize ideas around the five symposium themes. Magdalena Fischer is a designer, videographer, and photographer. She will edit and process the symposium talks into videos for the KLI youtube channel and beyond. Finally, Kathrin Gusenbauer, graphic designer and master student in Science, Technology, and Society (STS) at University of Vienna, will coordinate the overall design elements and theme of our projects and products. Together, the team will also create social media discussions and documentation around the five themes and Mendel’s Vienna. 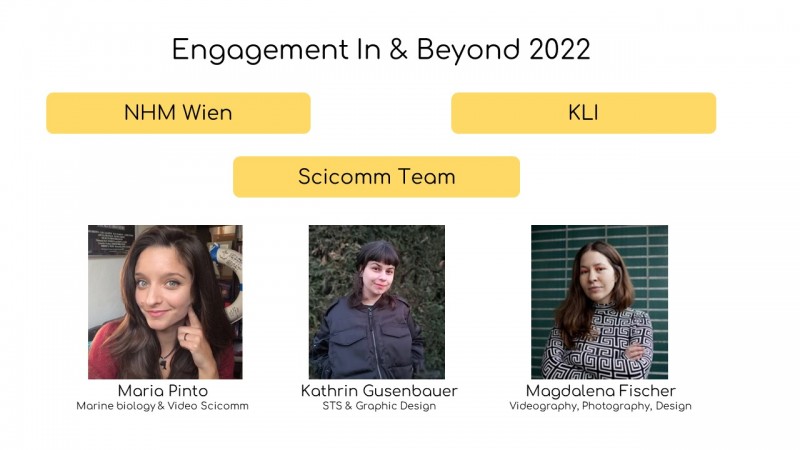 Grant partners under Mendel200 include four institutions across the Austrian-Czech border: the Masaryk University (which runs the Mendel Museum in Brno) and the Augustinian Abbey (which houses the museum) on the Czech side, and on the Austrian side, the University of Vienna and the University of Natural Resources and Applied Life Sciences (BOKU). On the Czech side, in addition to a series of events and activities, the "crown jewel" of the event is the construction of a new "Mendel's Greenhouse" at the Mendel Museum. The project will last until the end of 2022. 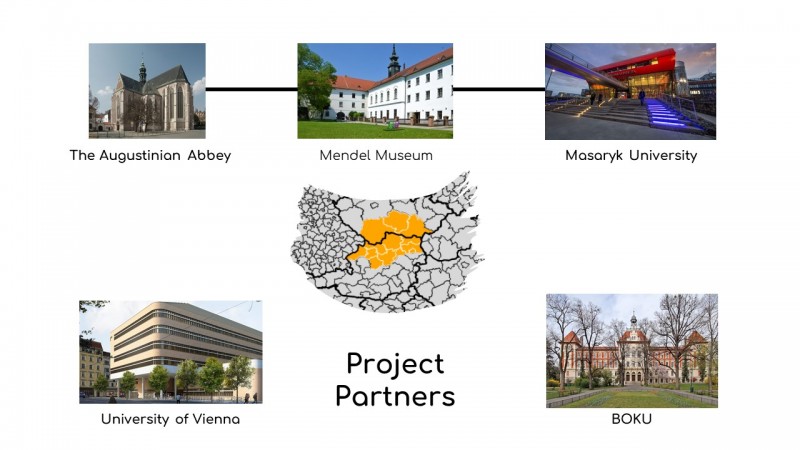 by Lynn Chiu and Barbara Fischer